Today is March 1st, which means more awesome books coming out!
Below are the March releases I'm most excited for! 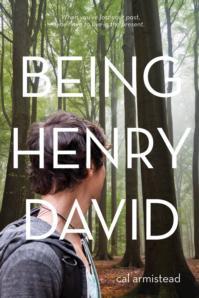 Being Henry David by Cal Armistead

Seventeen-year-old "Hank" has found himself at Penn Station in New York City with no memory of anything --who he is, where he came from, why he's running away. His only possession is a worn copy of Walden, by Henry David Thoreau. And so he becomes Henry David-or "Hank" and takes first to the streets, and then to the only destination he can think of--Walden Pond in Concord, Massachusetts. Cal Armistead's remarkable debut novel is about a teen in search of himself. Hank begins to piece together recollections from his past. The only way Hank can discover his present is to face up to the realities of his grievous memories. He must come to terms with the tragedy of his past, to stop running, and to find his way home. 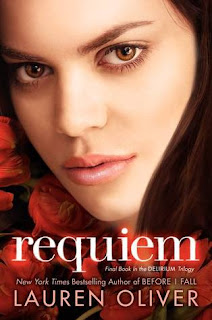 They have tried to squeeze us out, to stamp us into the past.

But we are still here.

And there are more of us every day.

Now an active member of the resistance, Lena has been transformed. The nascent rebellion that was under way in Pandemonium has ignited into an all-out revolution in Requiem, and Lena is at the center of the fight.

After rescuing Julian from a death sentence, Lena and her friends fled to the Wilds. But the Wilds are no longer a safe haven—pockets of rebellion have opened throughout the country, and the government cannot deny the existence of Invalids. Regulators now infiltrate the borderlands to stamp out the rebels, and as Lena navigates the increasingly dangerous terrain, her best friend, Hana, lives a safe, loveless life in Portland as the fiancée of the young mayor.

Maybe we are driven crazy by our feelings.

Maybe love is a disease, and we would be better off without it.

But we have chosen a different road.

And in the end, that is the point of escaping the cure: We are free to choose.

We are even free to choose the wrong thing.

Requiem is told from both Lena’s and Hana’s points of view. The two girls live side by side in a world that divides them until, at last, their stories converge. 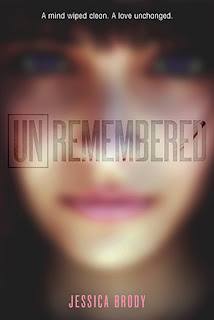 The only thing worse than forgetting her past... is remembering it.

When Freedom Airlines flight 121 went down over the Pacific Ocean, no one ever expected to find survivors. Which is why the sixteen-year-old girl discovered floating among the wreckage—alive—is making headlines across the globe.

Crippled by a world she doesn’t know, plagued by abilities she doesn’t understand, and haunted by a looming threat she can’t remember, Seraphina struggles to piece together her forgotten past and discover who she really is. But with every clue only comes more questions. And she’s running out of time to answer them.

Her only hope is a strangely alluring boy who claims to know her from before the crash. Who claims they were in love. But can she really trust him? And will he be able to protect her from the people who have been making her forget? 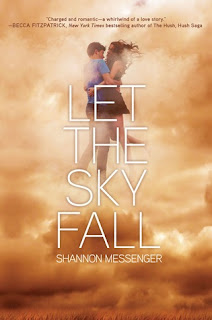 Seventeen-year-old Vane Weston has no idea how he survived the category five tornado that killed his parents. And he has no idea if the beautiful, dark-haired girl who’s swept through his dreams every night since the storm is real. But he hopes she is.


Seventeen-year-old Audra is a sylph, an air elemental. She walks on the wind, can translate its alluring songs, and can even coax it into a weapon with a simple string of commands. She’s also a guardian—Vane’s guardian—and has sworn an oath to protect Vane at all costs. Even if it means sacrificing her own life.

When a hasty mistake reveals their location to the enemy who murdered both of their families, Audra’s forced to help Vane remember who he is. He has a power to claim—the secret language of the West Wind, which only he can understand. But unlocking his heritage will also unlock the memory Audra needs him to forget. And their greatest danger is not the warriors coming to destroy them—but the forbidden romance that’s grown between them. 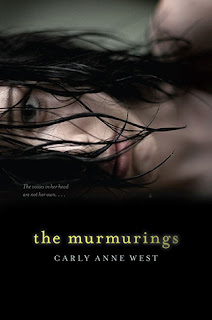 The Murmurings by Carly Anne West

Everyone thinks Sophie’s sister, Nell, went crazy. After all, she heard strange voices that drove her to commit suicide. But Sophie doesn’t believe that Nell would take her own life, and she’s convinced that Nell’s doctor knows more than he’s letting on.


As Sophie starts to piece together Nell’s last days, every lead ends in a web of lies. And the deeper Sophie digs, the more danger she’s in—because now she’s hearing the same haunting whispers. Sophie’s starting to think she’s going crazy too. Or worse, that maybe she’s not…. 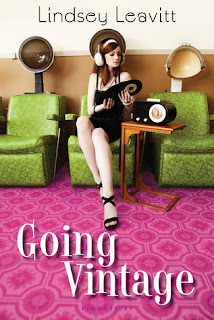 When Mallory’s boyfriend, Jeremy, cheats on her with an online girlfriend, Mallory decides the best way to de-Jeremy her life is to de-modernize things too. Inspired by a list of goals her grandmother made in1962, Mallory swears off technology and returns to a simpler time (when boyfriends couldn’t cheat with computer avatars).


1. Run for pep club secretary
2. Host a fancy dinner party/soiree
3. Sew a dress for Homecoming
4. Find a steady
5. Do something dangerous

But simple proves to be crazy-complicated, and the details of the past begin to change Mallory’s present. Add in a too-busy grandmother, a sassy sister, and the cute pep-club presient–who just happens to be her ex’s cousin–and soon Mallory begins to wonder if going vintage is going too far. 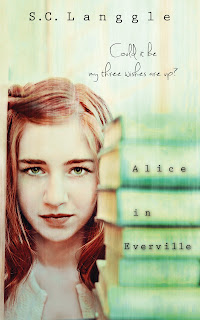 Alice in Everville by S.C. Langgle

All she has to do is decipher the code and she knows she can convince her beloved English teacher, Miss A, that Sylvie’s message is real. Unfortunately, she only has one manic day at Everville Mall to do it. And between keeping track of her fountain-splashing, havoc-wreaking sister, finding a new copy of Sylvie’s poems, and…oh yeah…dealing with the blue-eyed, guitar-playing, majorly swoon-worthy Jaden Briar, who keeps popping up everywhere she goes, Alice wonders if she will ever finish deciphering in time. 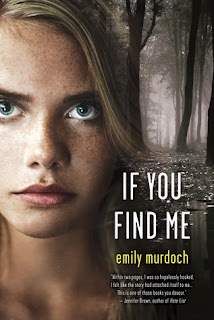 If You Find Me by Emily Murdoch

There are some things you can’t leave behind…


A broken-down camper hidden deep in a national forest is the only home fifteen year-old Carey can remember. The trees keep guard over her threadbare existence, with the one bright spot being Carey’s younger sister, Jenessa, who depends on Carey for her very survival. All they have is each other, as their mentally ill mother comes and goes with greater frequency. Until that one fateful day their mother disappears for good, and two strangers arrive. Suddenly, the girls are taken from the woods and thrust into a bright and perplexing new world of high school, clothes and boys.

Now, Carey must face the truth of why her mother abducted her ten years ago, while haunted by a past that won’t let her go… a dark past that hides many a secret, including the reason Jenessa hasn’t spoken a word in over a year. Carey knows she must keep her sister close, and her secrets even closer, or risk watching her new life come crashing down.

What March release are you anxiously awaiting?
Posted by Born Bookish at 10:42 AM