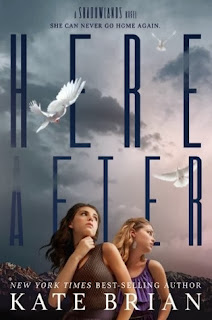 Rory Miller thought her life was over when a serial killer set his sights on her and forced her into witness protection. But a fresh start on Juniper Landing Island was exactly what she and her family needed. For the first time in years she and her sister hang out at the beach, gossip about boys, and party together. She's also made friends with a local clique--including a magnetic and mysterious boy named Tristan.


But Rory's world is about to change again. Picturesque Juniper Landing isn't what it seems. The truth about the swirling fog that rolls in each morning, the bridge that leads to nowhere, and those beautiful locals who seem to watch Rory's every move is more terrifying than being hunted by Steven Nell. And all Rory ever wanted was the truth. Even if it means learning that she can never go home again. From the best-selling author of the Private and Privilege series comes the second novel in a heart-stopping trilogy about a girl who must pick up the pieces after the only life she's ever known ends. 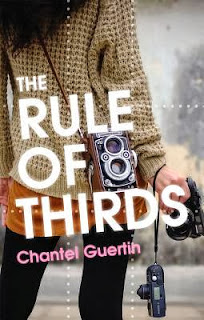 The Rule of Thirds by Chantel Guertin

Sixteen-year-old Pippa Greene never goes anywhere without her camera. She and her best friend/supermodel-in-training Dace long ago mapped out their life plan: Pippa will be the noted fashion photographer, and Dace the cover girl. But ever since last spring, things have changed for Pippa—and her junior year at Spalding High proves to have its own set of challenges. Not only is Vantage Point, the statewide photography competition, in three short weeks, but her mandatory volunteering placement lands her at St. Christopher’s Hospital, a place Pippa never wanted to set foot in again.

With humor and pluck, she navigates her new role as a candy striper (watch out for Code Yellows), her changing relationship with her best friend (goodbye, Honesty Pact), and—perhaps most stressful of all—her new love interests (yes, love interests plural).

Will Pippa make it to Vantage Point without having a panic attack? Will either one of the guys prove less sketchy than her last boyfriend? Can she and Dace figure out a way to dream big and be best friends? One thing is certain: real life is a lot more complicated than a photograph. 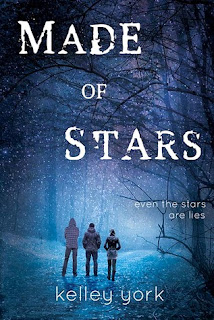 Made of Stars by Kelley York

When eighteen-year-old Hunter Jackson and his half sister, Ashlin, return to their dad’s for the first winter in years, they expect everything to be just like the warmer months they’d spent there as kids. And it is—at first. But Chance, the charismatic and adventurous boy who made their summers epic, is harboring deep secrets. Secrets that are quickly spiraling into something else entirely.

The reason they've never met Chance’s parents or seen his home is becoming clearer. And what the siblings used to think of as Chance's quirks—the outrageous stories, his clinginess, his dangerous impulsiveness—are now warning signs that something is seriously off.

Then Chance's mom turns up with a bullet to the head, and all eyes shift to Chance and his dad. Hunter and Ashlin know Chance is innocent...they just have to prove it. But how can they protect the boy they both love when they can’t trust a word Chance says? 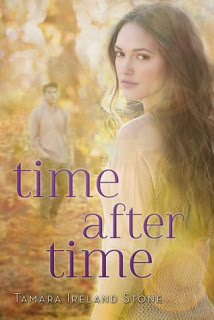 Time After Time (Time Between Us #2) by Tamara Ireland Stone
(Note: I've already read this one and it was AMAZING! 5 star review coming soon)

Calling Anna and Bennett’s romance long distance is an understatement: she’s from 1995 Chicago and he’s a time traveler from 2012 San Francisco. The two of them never should have met, but they did. They fell in love, even though they knew they shouldn't. And they found a way to stay together, against all odds.

It’s not a perfect arrangement, though, with Bennett unable to stay in the past for more than brief visits, skipping out on big chunks of his present in order to be with Anna in hers. They each are confident that they’ll find a way to make things work...until Bennett witnesses a single event he never should have seen (and certainly never expected to). Will the decisions he makes from that point on cement a future he doesn't want?

Told from Bennett’s point of view, Time After Time will satisfy readers looking for a fresh, exciting, and beautifully-written love story, both those who are eager to find out what’s next for Time Between Us's Anna and Bennett and those discovering their story for the first time. 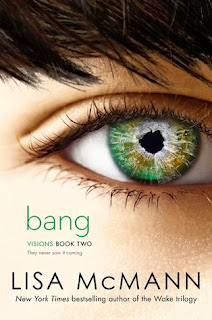 Jules should be happy. She saved a lot of people’s lives and she’s finally with Sawyer, pretty much the guy of her dreams. But the nightmare’s not over, because she somehow managed to pass the psycho vision stuff to Sawyer. Excellent.

Feeling responsible for what he’s going through and knowing that people’s lives are at stake, Jules is determined to help him figure it all out. But Sawyer’s vision is so awful he can barely describe it, much less make sense of it. All he can tell her is there’s a gun, and eleven ear-splitting shots. Bang.

Jules and Sawyer have to work out the details fast, because the visions are getting worse and that means only one thing: time is running out. But every clue they see takes them down the wrong path. If they can’t prevent the vision from happening, lives will be lost. And they may be among the casualties… 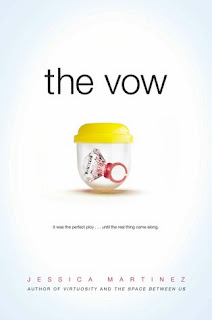 The Vow by Jessica Martinez

No one has ever believed that Mo and Annie are just friends. How can a guy and a girl really be best friends?

Then the summer before senior year, Mo’s father loses his job, and by extension his work visa. Instantly, life for Annie and Mo crumbles. Although Mo has lived in America for most of his life, he’ll be forced to move to Jordan. The prospect of leaving his home is devastating, and returning to a world where he no longer belongs terrifies him.

Desperate to save him, Annie proposes they tell a colossal lie—that they are in love. Mo agrees because marrying Annie is the only way he can stay. Annie just wants to keep her best friend, but what happens when it becomes a choice between saving Mo and her own chance at real love? 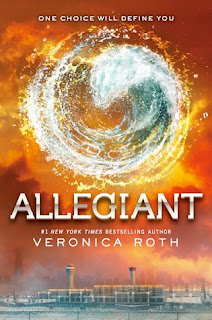 One choice will define you.

What if your whole world was a lie?
What if a single revelation—like a single choice—changed everything?
What if love and loyalty made you do things you never expected?

The faction-based society that Tris Prior once believed in is shattered—fractured by violence and power struggles and scarred by loss and betrayal. So when offered a chance to explore the world past the limits she’s known, Tris is ready. Perhaps beyond the fence, she and Tobias will find a simple new life together, free from complicated lies, tangled loyalties, and painful memories.

But Tris’s new reality is even more alarming than the one she left behind. Old discoveries are quickly rendered meaningless. Explosive new truths change the hearts of those she loves. And once again, Tris must battle to comprehend the complexities of human nature—and of herself—while facing impossible choices about courage, allegiance, sacrifice, and love.

Told from a riveting dual perspective, Allegiant, by #1 New York Times best-selling author Veronica Roth, brings the Divergent series to a powerful conclusion while revealing the secrets of the dystopian world that has captivated millions of readers in Divergent and Insurgent.
Posted by Born Bookish at 9:00 AM