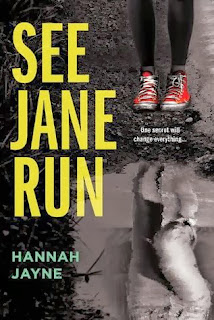 I know who you are.

When Riley first gets the postcard tucked into her bag, she thinks it's a joke. Then she finds a birth certificate for a girl named Jane Elizabeth O'Leary hidden inside her baby book.

Riley's parents have always been pretty overprotective. What if it wasn't for her safety...but fear of her finding out their secret? What have they been hiding? The more Riley digs for answers, the more questions she has.

The only way to know the truth? Find out what happened to Jane O'Leary. 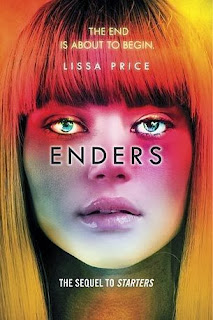 (You can read by 5 Heart review HERE)

With the Prime Destinations body bank destroyed, Callie no longer has to rent herself out to creepy Enders. But Enders can still get inside her mind and make her do things she doesn't want to do. Like hurt someone she loves. Having the chip removed could save Callie's life - but it could also silence the voice in her head that might belong to her father. Callie has flashes of her ex-renter Helena's memories, too ...and the Old Man is back, filling her with fear. Who is real and who is masquerading in a teen body? This is the thrilling sequel to "Starters". 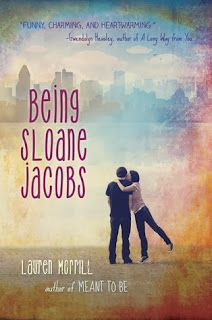 Being Sloane Jacobs by Lauren Morrill

Meet Sloane Emily Jacobs: a seriously stressed-out figure-skater from Washington, D.C., who choked during junior nationals and isn’t sure she’s ready for a comeback. What she does know is that she’d give anything to escape the mass of misery that is her life.

Now meet Sloane Devon Jacobs, a spunky ice hockey player from Philly who’s been suspended from her team for too many aggressive hip checks. Her punishment? Hockey camp, now, when she’s playing the worst she’s ever played. If she messes up? Her life will be over.

When the two Sloanes meet by chance in Montreal and decide to trade places for the summer, each girl thinks she’s the lucky one: no strangers to judge or laugh at Sloane Emily, no scouts expecting Sloane Devon to be a hero. But it didn’t occur to Sloane E. that while avoiding sequins and axels she might meet a hockey hottie—and Sloane D. never expected to run into a familiar (and very good-looking) face from home. It’s not long before the Sloanes discover that convincing people you’re someone else might be more difficult than being yourself. 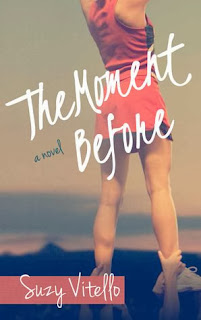 The Moment Before by Suzy Vitello

"Don't get me wrong. I loved my sister. I never, not once, wished her dead."

Brady and Sabine Wilson are sisters born eleven months apart, but they couldn't be more different. Popular Sabine, the head cheerleader dating the high school hunk, seems to have all the luck, while her younger, artsy sister "Brady Brooder" is a loner who prefers the sidelines to the limelight.

After Sabine dies in a horrific cheerleading accident, grief unravels Brady and her family. Once recognized for her artistic talent, 17-year-old Brady finds herself questioning the value of everything she once held dear. Her best friend betrays her. Her parents' marriage is crumbling. And the boy everyone blames for the accident seems to be her only ally in the search for answers in the wake of her sister's death. As an unlikely friendship emerges, Brady learns more about Sabine - and love - than she bargained for. 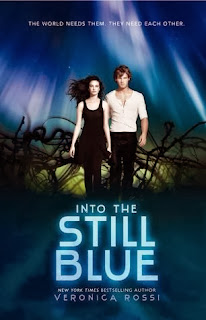 Into the Still Blue by Veronica Rossi

Their love and their leadership have been tested. Now it's time for Perry and Aria to unite the Dwellers and the Outsiders in one last desperate attempt to bring balance to their world.

The race to the Still Blue has reached a stalemate. Aria and Perry are determined to find this last safe-haven from the Aether storms before Sable and Hess do-and they are just as determined to stay together.

Meanwhile, time is running out to rescue Cinder, who was abducted by Hess and Sable for his unique abilities. And when Roar returns to camp, he is so furious with Perry that he won't even look at him, and Perry begins to feel like they have already lost.

Out of options, Perry and Aria assemble a team to mount an impossible rescue mission-because Cinder isn't just the key to unlocking the Still Blue and their only hope for survival, he's also their friend. And in a dying world, the bonds between people are what matter most. 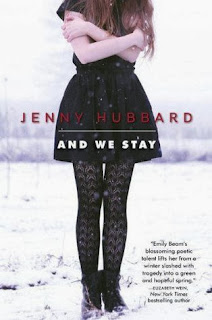 And We Stay by Jenny Hubbard

When high school senior Paul Wagoner walks into his school library with a stolen gun, he threatens his girlfriend Emily Beam, then takes his own life. In the wake of the tragedy, an angry and guilt-ridden Emily is shipped off to boarding school in Amherst, Massachusetts, where she encounters a ghostly presence who shares her name. The spirit of Emily Dickinson and two quirky girls offer helping hands, but it is up to Emily to heal her own damaged self.

This inventive story, told in verse and in prose, paints the aftermath of tragedy as a landscape where there is good behind the bad, hope inside the despair, and springtime under the snow. 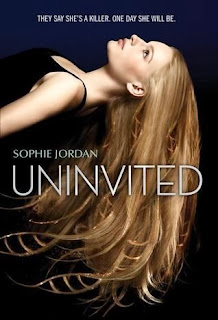 The Uninvited by Sophie Jordan

When Davy Hamilton's tests come back positive for Homicidal Tendency Syndrome (HTS)-aka the kill gene-she loses everything. Her boyfriend ditches her, her parents are scared of her, and she can forget about her bright future at Juilliard. Davy doesn't feel any different, but genes don't lie. One day she will kill someone.

Only Sean, a fellow HTS carrier, can relate to her new life. Davy wants to trust him; maybe he's not as dangerous as he seems. Or maybe Davy is just as deadly. 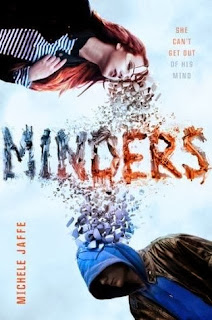 A high concept, cinematic read with a surprising twist,MINDERS asks the question: who is really watching whom?

Q: If the boy you love commits a crime, would you turn him in?

Sadie Ames is a type-A teenager from the wealthy suburbs. She's been accepted to the prestigious Mind Corps Fellowship program, where she'll spend six weeks as an observer inside the head of Ford, a troubled boy with a passion for the crumbling architecture of the inner city. There's just one problem: Sadie's fallen in love with him.

Q: What if the crime is murder?

Ford Winters is haunted by the murder of his older brother, James. As Sadie falls deeper into his world, dazzled by the shimmering pinpricks of color that form images in his mind, she begins to think she knows him. Then Ford does something unthinkable.

Q: What if you saw it happen from inside his mind?

Back in her own body, Sadie is faced with the ultimate dilemma. With Ford's life in her hands, she must decide what is right and what is wrong. And how well she can really ever know someone, even someone she loves.

What books are YOU looking forward to in January?
Posted by Born Bookish at 1:13 PM

Email ThisBlogThis!Share to TwitterShare to FacebookShare to Pinterest
Labels: And We Stay, Being Sloane Jacobs, Book News, Enders, Into the Still Blue, January Releases, Minders, See Jane Run, The Moment Before, The Uninvited