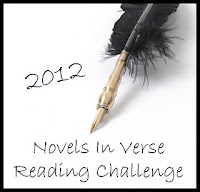 As part of the Novels In Verse Reading Challenge I'm going to be doing an author interview each month with an author in this genre. I got the challenge started a little late so this is the first interview so far.
Please welcome debut novelist...
Caroline Starr Rose author of the new middle grade novel May B! 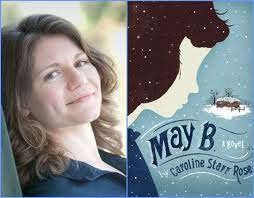 I adore Tess Hilmo's WITH A NAME LIKE LOVE.

THANKS for the interview Caroline! =)


Check back soon for a May B related giveaway! And if you haven't joined the challenge yet, don't worry you still can! Just click HERE
Posted by Born Bookish at 7:04 PM