This week's featured cover is:
Hush, Hush
by
Becca Fitzpatrick 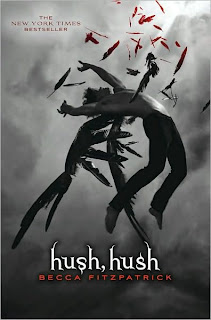 (US Hardcover & Paperback)
I think this is a very dynamic cover and it fits really well with the book and it's descriptions.
I find a lot of the time when real people are on the cover they don't match up with the character descriptions at all, which drives me nuts! This guy fits Becca's description of Patch and it also illustrates his fall. 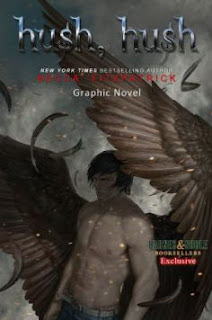 (US Graphic Novel)
I wouldn't want this to be the cover of the regular version but I think it works fine for a graphic novel. 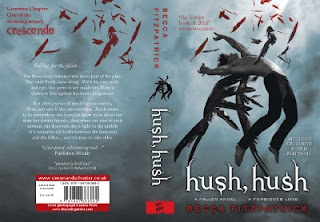 (United Kingdom)
This one is pretty much the same as the US version except instead of pure black&white we get a little color. I must say I really like the blue. 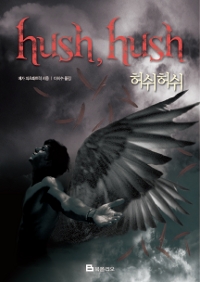 (Korea)
This one has a lot of the same elements as the US version but still very different. I don't like the positioning of Patch very much, the way he's standing with his arms open, I feel like he's waiting to be beamed up to heaven or something. 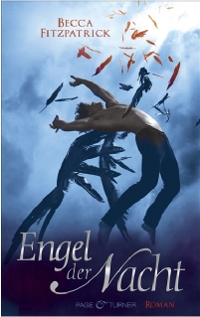 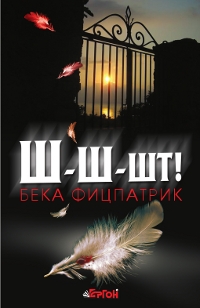 (Bulgaria)
I can see where they got the ideas for this one. Feathers, from angel wings of course and then I assume that's the gate from the Delphic Amusement Park? So it's illustrating things that are actually in the book I just think it's kinda boring. 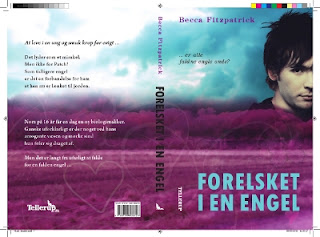 (Danish)
This one is so completely different from all the rest its fun to see but it doesn't really tell you anything about the book. That bright fuchsia color with all the hand drawn hearts everywhere make it look like more of a middle grade cover. 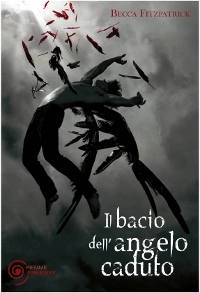 (Italy)
I think it's funny that the only thing different about this one is that Patch is facing in the opposite direction but it completely changes the look. His position looks more abnormal this way and doesn't flow like the others. 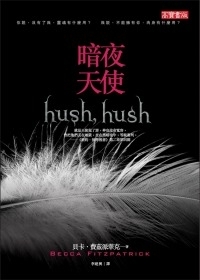 (Taiwanese)
This one is my favorite other than the US one. It's so simple but with the strong contrast between the white feather and the black background it really makes the feather jump out at you. 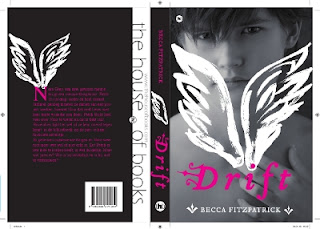 (Dutch)
This one would have to be my least favorite. Again with the fuchsia, it doesn't work well at all. Plus the boy whom I assume is supposed to be Patch looks like a child.