It's a new month and with that comes new books! Here are the August releases I'm most excited for. (Click on the book title for it's Goodreads page.) 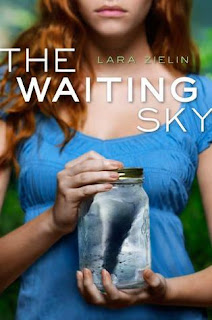 The Waiting Sky
by
Lara Zielin

One summer chasing tornadoes could finally change Jane's life for the better.

Seventeen-year-old Jane McAllister can't quite admit her mother's alcoholism is spiraling dangerously out of control until she drives drunk, nearly killing them and Jane's best friend.

Jane has only one place to turn: her older brother Ethan, who left the problems at home years ago for college. A summer with him and his tornado-chasing buddies may just provide the time and space Jane needs to figure out her life and whether it still includes her mother. But she struggles with her anger at Ethan for leaving home and feels guilty--is she also abandoning her mom just when she needs Jane most? The carefree trip turned journey of self-discovery quickly becomes more than Jane bargained for, especially when the devilishly handsome Max steps into the picture. 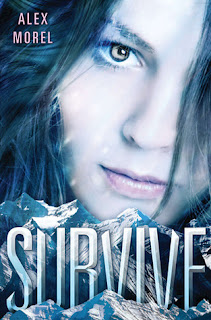 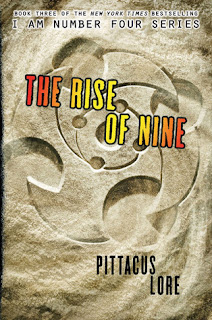 The Rise of Nine
by
Pittacus Lore

Until the day I met John Smith, Number Four, I'd been on the run alone, hiding and fighting to stay alive.

Together, we are much more powerful. But it could only last so long before we had to separate to find the others. . . .

I went to Spain to find Seven, and I found even more, including a tenth member of the Garde who escaped from Lorien alive. Ella is younger than the rest of us, but just as brave. Now we're looking for the others--including John.

But so are they.


They caught Number One in Malaysia.
Number Two in England.
And Number Three in Kenya.
They caught me in New York--but I escaped.
I am Number Six.
They want to finish what they started.
But they'll have to fight us first. 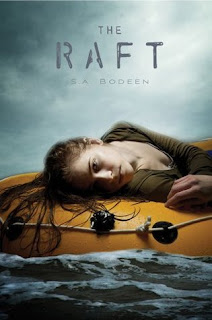 The Raft
by
S.A. Bodeen 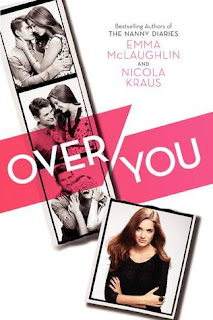 Over You
by
Emma McLaughlin & Nicola Kraus

After the grand explosion of her relationship, seventeen-year-old Max Scott developed what every girl in the history of the world has been waiting for: a way to get over being dumped. Now Max is the go-to guru for heartbroken high-school girls all over NYC. But when her ex unexpectedly shows up in her neighborhood, Max’s carefully controlled world starts to unravel. With her clients’ hearts hanging in the balance, Max will have to do the seemingly impossible: get over him once and for all.

Brilliant at bringing humor to the trials and tribulations of the lovestruck, #1 New York Times bestselling authors Emma McLaughlin and Nicola Kraus have crafted a tale that will resonate with any girl who has ever been in love or had her heart broken. It brims with smart observations, features a pitch-perfect teen voice, and will attract fans of Jenny Han, Sarah Mlynowski, and Lauren Barnholdt. Readers are sure to fall head-over-heels for this sharp spin on breaking up, making up, and getting even. 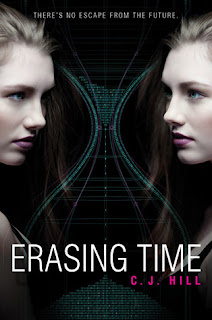 When twins Sheridan and Taylor wake up 400 years in the future, they find a changed world: domed cities, no animals, and a language that’s so different, it barely sounds like English. And the worst news: They can’t go back home.

The twenty-fifth-century government transported the girls to their city hoping to find a famous scientist to help perfect a devastating new weapon. The moblike Dakine fights against the government, and somehow Taylor and Sheridan find themselves in the middle. The only way to elude them all is to trust Echo, a guy with secrets of his own. The trio must put their faith in the unknown to make a harrowing escape into the wilds beyond the city.

Full of adrenaline-injected chases and heartbreaking confessions, Erasing Time explores the strength of the bonds between twins, the risks and rewards of trust, and the hard road to finding the courage to fight for what you believe in.

What books are you most excited for this month??
Posted by Born Bookish at 9:33 AM