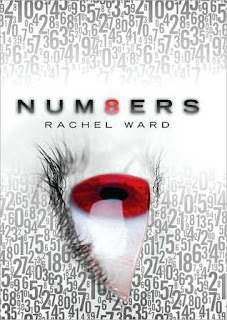 Whenever Jem meets someone new, no matter who, as soon as she looks into their eyes, a number pops into her head. That number is a date: the date they will die.

Burdened with such an awful awareness, Jem avoids relationships. Until she meets Spider, another outsider, and takes a chance. But while they’re waiting to ride the Eye Ferris wheel, Jem notices that all the other tourists in line flash the same number. Today’s number. Today’s date. Terrorists are going to attack London. Jem’s world is about to explode.

I was torn with whether I even wanted to finish reading this book or not. One minute I had decided that I wasn’t going to read it anymore and then I would decide that I wanted to see how things played out. I went back and forth, back and forth the whole book.

I was really intrigued by the whole plot of this book. A girl who sees the date someone is going to die whenever she looks into his or her eyes. Why can she see this? What does she do about it? How does she deal with it? I was interested to see what direction the author was going to take with it.

The language was my biggest issue here. The amount of F words coming out of these characters mouths made me stop and put the book down on several occasions. There were also a lot of slang words, which I just find hard to follow sometimes.

Jem is a very confused character; she is burdened with this unwanted knowledge and doesn’t really know what to do with it. She keeps everyone at a distance, and tries her hardest to avoid eye contact with anybody. I really wasn’t able to connect with Jem at all, I hardly ever agreed with any of the choices that she made, and kept getting mad at her the whole time.

As for romance, Jem and Spiders friendship does develop into more of a relationship but it’s a weird one. When Jem decided she liked Spider as more than a friend is beyond me. I felt like she spent most of her time criticizing him and then all of a sudden she decides she’s in love with him. I don’t know it just seemed kind of strained.

I wasn’t aware that this book was the first in a series until I had finished. I think my jaw actually hit the floor when I read the last few pages. The ending was so good and so shocking that I did consider reading the next book for about half a second, but then my better judgment kicked in and I decided against it.
Posted by Born Bookish at 10:19 AM