Todays the final day of Meant To Be Weekend =(

Thanks so much to everyone who stopped by over the course of the weekend.
I hope you've all enjoyed it as much as I have! 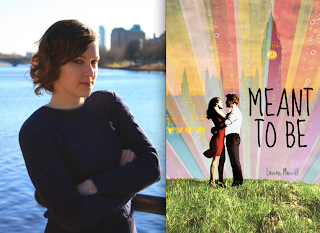 Meant To Be is Lauren's first novel, which will be releasing on November 13th.
If her first novel is any indication of what's to come, Lauren is sure to have a long lasting career in YA. 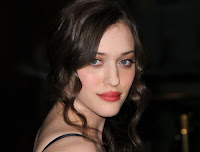 Born Bookish: Who would play you in a movie?

I’m going to go with Kat Dennings, because she has the same gap in her front teeth as I do (just say no to braces, oh ye unique smiles of the world!)

Born Bookish: Your debut novel, Meant To Be, is due out in November. Is it hard to wait, knowing that it’s done but not available to readers for four more months?

OHMYGOSHYES. But I’ve learned that publishing is definitely a waiting game, and the sooner you can develop nerves of steel the better. It’s crazy, I’ve actually already turned in my second book, and I just got an email from my editor that the art department is working on the cover for it … and it won’t be out until early 2014!

Born Bookish: In your book, the main character, Julia, goes to London on a ten-day school trip. If you could spend ten days anywhere in the world, where would you go?

Born Bookish: The details of London were so rich, did you spend time there yourself or did you do an insane amount of book and internet research?

Believe it or not, I’ve never visited! I spent 10 days in Scotland for my honeymoon, so I had a bit of the UK feel, but for everything London I used an intricate Google map that I created for the book. I spent a lot of time on Google Street View, scouring historical maps, and flipping through travel books.

Born Bookish: Can you tell us a little bit about your writing process? Do you make yourself write a certain amount of words a day, etc.?

I am a champion procrastinator, so my writing process often involves going on serious writing binges where I crank out six or seven thousand words at a time. It can be painful, but it works! I wish I could be one of those writers who sits down and writes at least 1,000 words every day (My friend Kathryn Holmes, who is shopping her first YA novel, is like this, and I’m unendingly jealous of her discipline).

Jason was easiest for me to write, because I liked him from the start. I liked that he was fun-loving and funny, clearly very smart, and yet had a lot of depth to him. Sometimes I loved to hate him (as Julia does!), but writing him was always fun for me.

Born Bookish: Do you find it hard to throw obstacles in your characters way or make life difficult for them?

Yes! I love my characters so much, and it pains me to see them hurt, or worse, embarrassed. But sometimes that’s the way the cookie crumbles, both in life and in stories.

Born Bookish: If you could choose any fictional character to come to life, who would it be?

Lola from Lola and the Boy Next Door. I want her to be my high school BFF, and I bet she’d be awesome to hang out with in her 20s, too!

Born Bookish: What is your favorite book of all time?

Just As Long As We’re Together by Judy Blume, followed closely by the Jessica Darling series by Megan McCafferty.

Born Bookish: And of course the question everyone wants to know… Twilight OR The Hunger Games?

Hunger Games, but if we’re being honest, HARRY POTTER!

I just turned in my second novel, and I haven’t been able to say much about it yet. It’s a standalone YA contemporary (no relation to Meant to Be), and I can give you an exclusive hint: It’s The Parent Trap meets The Cutting Edge. I love it so so so much and waiting a whole year for its release might just kill me!

I love quirky, unconventional covers. I think the cover for Amelia Anne is Dead and Gone by Kat Rosenfeld is amazing (as was the novel!). The cover for The Statistical Probability of Love at First Sight by Jennifer E. Smith DEFINITELY made me pick it up (and I love that her follow-up cover is in the same vein.

Thanks SO much for the interview Lauren!! I really enjoyed getting to know more about the brilliant mind behind Meant To Be! =D
Posted by Born Bookish at 5:06 AM